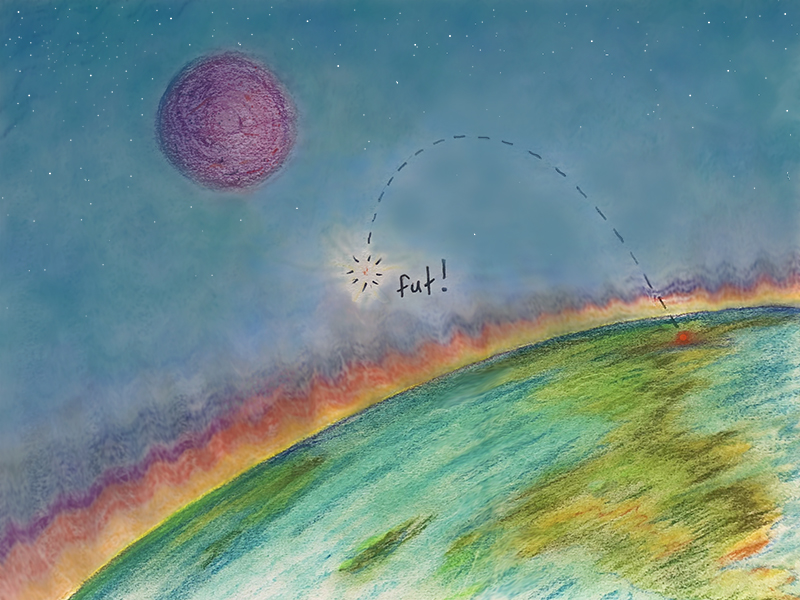 It has become fashionable to imagine that space travel will provide human beings with an opportunity to colonise other planets. After all, we have already been to the Moon, we have sent unmanned craft to Mars. Surely one day we will spread out across the stars?

Currently, a trip to Mars takes six to nine months[1],[2],[3]    — there are a lot of variables involved — with the opportunity to make the trip coming up about once every 26 months[3] when Earth and Mars are in the right positions relative to each other. Mars is the second closest planet in our Solar System.Venus is closer, but hot enough to be quite uninhabitable, and every other planet is much more distant and less likely than Mars to provide any sort of acceptable home for humans.

What about travelling to a planet orbiting Alpha Centauri, the star closest to the Sun? The shortest distance between Earth and Mars is 54.6 million kilometres, a circumstance that happens so rarely that it “has never happened in recorded history” according to Space.com.[4]  Instead, Mars explorer spacecraft have travelled distances more like 200 million kilometres (give or take 50 million km) to get there.

A space ship travelling to Alpha Centauri at the same speed as one of our Mars explorers would take roughly 100,000 years to get there. Which is why all the people who talk about trips to the stars begin by imagining that we have discovered some new technology that makes space travel much, much faster. Look around the internet and you will find plenty of breathless excitement about the theoretical possibilities of finding such a technology. Most of these imagined technical breakthroughs depend on harnessing energy sources that are more powerful than nuclear explosions. You have to imagine something more powerful than H-bomb being harnessed within a spaceship without destroying the ship or the people on board. This is the sort of thing that is easy to draw in a comic book, but actually impossible to achieve in practice. 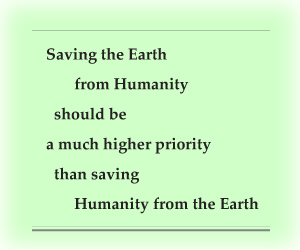 What’s my point? The excitement about travel to other planets is tied to the possibility that this might provide a future for humanity beyond Earth. Some people imagine that Earth will be used up or destroyed by human activity — a not unreasonable fear. But the chances are high that we will never be in a position to colonise any planet outside our solar system, while the idea that cold, airless, arid Mars will be the saviour of Humanity is ridiculous. The hope offered by space travel is illusory — it’s not even a million to one shot. Given the scale of the universe, it is almost a certainty that there are Earth-like planets out there. But for the same reason (the stupendous size of space), it is almost a certainty that we will never colonise any of these planets. We would be far more rational to take the approach that Earth is our only home and we’d better look after it.

An extension of this debate: it can be said (truly) that the Earth is destined to vaporise when the Sun reaches the next stage of its life cycle and expands to become a red giant. Even before that stage, changes in the Sun will make life on Earth impossible. At the time of writing, Wikipedia has a cheery article with good references canvassing likely scenarios for the death of our planet.[5]  Summing up that science, it seems unlikely that Earth can support human life for more than another 600 million years. Only 600 million years! That’s a period more than 200 times longer than the entire evolution of Homo sapiens from earlier hominid species, and roughly 120,000 times longer than the five thousand year recorded history of human civilisation.

If we can go from banging rocks together to playing with rockets and supercomputers in five thousand years, it seems reasonable to imagine that if we can just keep our civilisation going for even another five thousand years, we will have discovered amazing things that we have no idea about now. Perhaps five thousand years from now, the means of interstellar travel will seem a doddle. However, if we are considering what problems we ought to be working on now, saving the Earth from Humanity should be a much higher priority than saving Humanity from the Earth.

The next time you meet some enthusiast for colonising Mars, ask them how many of Earth’s struggling poor will be rehoused on the red planet, and when this solution will make them better off. Suggest to them that the billions spent on rocket fuel and space tech might be better spent on solutions to climate change, ecological degradation and global poverty. Challenge them to turn their attention to the real problems that threaten the future of humanity: our propensity for war, our greed, our stupidity. And encourage them not to be distracted by space dreams. The awful politics of missions to Mars is that they are an expensive distraction from what we really can and should be doing to build a better future.

If you want to speculate about colonising Mars some more:

If you would rather think about the actual possibilities for human development: