This exploratory article is so open to misinterpretation that I must be crazy to want to publish it, but I hope it hints, however dimly, at some interesting ideas about culture and heritage. Culture and heritage are potentially wonderful resources that we can play with and develop; but often they seem to be bound around us like shackles, or thrust between us like walls. 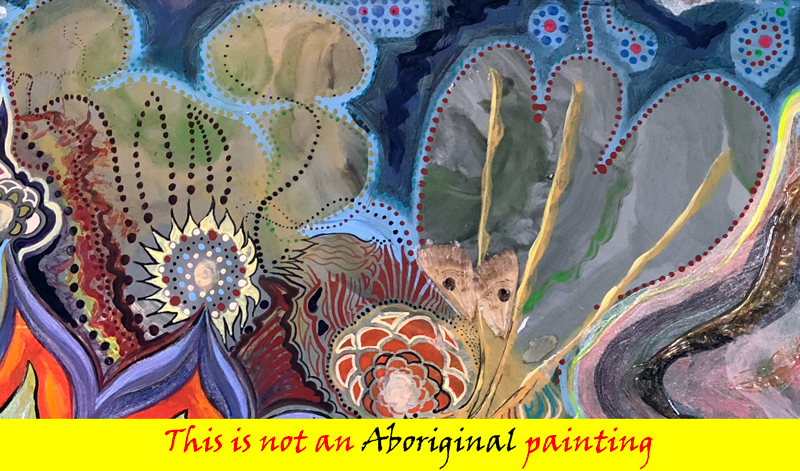 Is it the idea that this heritage is continuous? There is a sense in which everyone’s heritage is continuous, in that every human being is born into a social context that predates them and which has evolved in an unbroken chain back to the very first human society (and yes, even beyond). There are other senses in which everyone’s heritage is discontinuous, partly because individuals are frail repositories of cultural knowledge, and partly because the vicissitudes of human existence mean that there are relatively frequent disruptions to cultural continuity.

Is it the special signature of Aboriginal heritage that it is linked exclusively to one country? Definitely not, if by country we mean Australia. Aboriginal ‘country’ is always more specific, and the continent of Australia is covered by hundreds of different ‘language, tribal or nation groups’ that are culturally diverse.[5] What is currently known about this history is not detailed, but it seems likely that groups moved across the landscape over time, morphed and changed, so that the present identity of country and culture is likely to be more recent (possibly much more recent) than the oldest date of Aboriginal settlement in Australia. What the Europeans found as they came across the land was a number of modern societies, each one with diverse (unwritten) histories and an undated connection with the country they occupied at that time.

The real definer of Aboriginal culture may not be its ancient origins, but its relatively recent ‘otherness’. The conversation about Aboriginal culture only began when Europeans invaded Australia and began to disrupt and destroy a diversity of cultural groups that the Europeans did not even recognise. In the process, an impoverished but unified notion of Aboriginality came into being. In self defence, the Aboriginal others embraced their new identity, now based on a real common interest to resist invasion. This was not a replacement for their existing cultural identities (although in some cases existing cultural identities were partly or even wholly erased), but Aboriginality may have become an envelope for a new political and cultural unity. As disruption and dispossession proceeded, cultural concepts from diverse communities were blended, the creativity of people who did not intend to disappear were applied to the new circumstances, and a new modern entity entered the political discourse: Aboriginal and Torres Strait Islander Peoples.

The Indians have been in India since the dawn of time (this is shorthand for ‘since Homo sapiens walked out of Africa into the Indian subcontinent’). We do not say that Indians have a 40,000 or 100,000 year continuous cultural tradition (although they do) because the layers of migration, colonisation, cultural transformation that have washed over that part of the world are so huge. But people have ‘always’ been there, passing on their relationship with the land from parent to child, and participating in the cultural changes that have made India the culture it is today.

The Africans have been in Africa since the human species evolved. Why do we not speak of any (or all) African culture as representing 800,000 years of cultural heritage? We don’t because the people who live there have moved, have changed, have been influenced by human beings who left Africa and then returned thousands of years later. All Africans (actually, all human beings) are children of the one originating culture of the one originating clan who started the human experiment, but nobody lays claim to this heritage, because it doesn’t win any arguments. Other, more recent, claims have greater cultural or political power.

These two, almost contradictory, things are true of all human beings:

Valorising group labels is all about contesting power and privilege. A group is downtrodden: the oppressors attribute negative qualities to the label of the oppressed, and this helps to validate the oppression. Sometimes the oppressed repudiate the label altogether, but often the strategy of resistance is to embrace the label and attribute positive qualities to it, to counter the negatives of prejudice with what could be called ‘positive prejudice’. Personally, I look forward to the day when people chuck all this groupthink out as a bad job, but this of course is just me being absurd.

[1]      A good article about the 65,000 year date and what this means is: Griffiths B, Russell L, Roberts R. When did Australia’s human history begin? Australian Geographic 17 November 2017. https://www.australiangeographic.com.au/topics/history-culture/2017/11/australias-human-history/

[3]      My personal favourite is the work of Gordon Bennett (1955–2014), which references Aboriginal culture, engages with racial politics, and is distinctively personal, original and creative. His painting Possession Island (1991) can be seen in the foyer of the Museum of Sydney, or online at http://artasiapacific.com/News/GordonBennettPioneerIndigenousAustralianArtistDiesAt58 .

[4]      I am endebted for my limited understanding of this history to the book by Tom Griffiths, ‘The Art of Time Travel’ (Black Inc, 2016), which discusses the work of Henry Reynolds, Mike Smith and others. See also ‘Did Aboriginal and Asian people trade before European settlement in Darwin?’ (https://www.abc.net.au/news/2018-01-16/aboriginal-people-asians-trade-before-european-settlement-darwin/9320452).

[5]      See the AIATSIS map of Indigenous Australia (https://aiatsis.gov.au/explore/articles/aiatsis-map-indigenous-australia) for an idea of the diversity of Indigenous cultural groups, based on published sources available between 1988–1994. The makers of the map write:

The map is not definitive and is not the only information available which maps language and social groups. See also AUSTLANG.

The information on which the map is based is contested and may not be agreed to by some traditional custodians. The borders between groups are purposefully represented as slightly blurred. They do not claim to be exact. 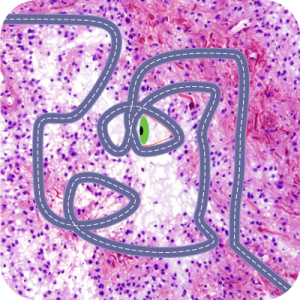