it was not a bad life being a sojer. it beat being a labrer like what i did before. you could have any of the village women so long as you dint pick on the wives of head men. you never went hungry except in the desert and we dint have to go into the desert very much except when we were chasing brigands and we never did that very much because if the brigands got away into the desert there wasnt much point chasing them because you never knew where they went. well sometimes you had an idea and then you chased them but usually when that happened you dint have to go very far and then you caught them and cut their throats and so you dint have time to go hungry.

true we could of been asked to go and fight a proper war across the desert with the samarites or something but that never happened to me. we just hung about jerusalem keeping the peace. the worst thing i ever had to do was when herod ordered us to kill all the little ones, that was a bit ripe.

come on said my captain we have to go round bethlem and kill all the little ones dont ask me why. how little asks woz and the captain reckons born this year. so were talking real little ones. Thats a shit idea says yosh. shut the fuck up says the captain this ones from the top so lets not fuck about. thats gunna kick up a lot of shit says yosh who never knew when to shut up fucking dickhead. i know its gunna kick up a lot of shit so the fuck what says the captain you want to go have a chat with sammi about it. sammi was an evil cunt in the guard and you dint want to step on his shadow so even yosh knew to shut up. he never knew when to shut up but he knew when sammi got into the picture to shut up. no worries says yosh when do we start and we started right away. there was a cordon and we just went from house to house like routine except if we found a little one we detained the whole family and killed the little one.

it was not very pleasant as the ladies might say and there were times when it looked like weed be killed ourselves as some of those families were big and not very happy about it. i felt bad when a couple of young fellers trying to save their little brother picked up a hoe and a knife and tried to do me and so there wasnt much to do except kill them so i killed them. they hurt my arm but crazy as they were they were not crazy enough to beat me at the killing game as i am a perfessonal.

at the start we took turns killing the little babies. when it was my turn i dint think about it until there i was staring at this little face. i couldnt look at it and i dint know how i was gunna do it but then it started to cry and i just sort of smashed it with my sword, turning away as the sword came down cos i dint want to see which made woz laugh cos he never gave me a break he was always ready to let you know he was the tough guy.

so tough guy you do it if yure the tough guy i said to woz after heed shitted me about it for a while and he did. iull do it he said you blokes are all useless whoresons. yure fuckin mental yosh says to him and he was actually fuckin cryin. go on says the captain go on woz you do it weell keep em back and we did but it was getting harder and harder theres a crowd outside every house now getting bigger all the time some following after us yelling murder some coming up to stop us coming to their houses and the captains yelling get back get back slashing about with his sword and someone manages to pop him one in the neck with a pruning knife and just when i think were gunna be torn apart a cavalry unit come sweeping along lopping a few heads and they run. once they run thats it they just try to get away but theres a cordon round the village so no-ones going anywhere and we get to move along move along woz digging out the babies one by one and finding ways to kill em. he knocks some on the floor but its messy its better stabbing em but you can tell that even woz doesnt like that. one girl very pretty hands over her baby to woz and he just smothers it in his big hands just like cuddling it to death and hands it back to her shes crying the sort of girl heed rape quick as farting but something is getting to woz and ide rib him about it but i cant be fucked. the captain is streaming blood all down to his toes and ide say hes done for but he has a bright eye like a desperate man and theres no saying for sure whether he will drop but for the time being he seems keen to get the job done and be off. he keeps one hand clapped to his neck and calls us all fuckers and deadshits in a voice thats losing some of its steel wobbling a bit for sure but house to house we go still killing babies until eventually we meet another squad coming the other way and they tell us the job is done.

they look bad and i think if we look half that bad thats twice as shite as ive ever looked before. 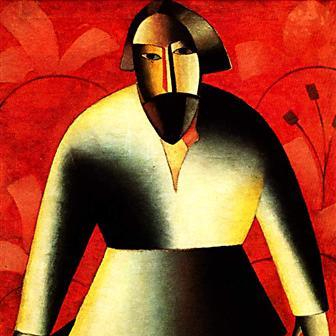 Getting carried away [non-fiction]

Free research – one article at a time [non-fiction]