The man walked up the hill. Magpies sang, happy in the heat.

The man had a sack over his shoulder and in the sack a pig. There was far too much dust rising off the path, owing to the mob of sheep being driven ahead of him by his shithead of a neighbour. He would have liked a drink but all he had was a mouthful of dust.

His place was near the top of the hill. It had seemed a good place when he chose it. It gave him a view, although as it turned out there wasn’t much to see. It gave him a breeze, usually a good thing. Yet with experience he found a couple of drawbacks.

For one, there wasn’t a good place for a dam. The second problem was more psychological. He knew from vast experience that the town promised but did not deliver much in the way of entertainment. Yet the hill had always rolled him down to the town.

Had he lived in the valley, he might have stayed home. Gravity would have aided him.

Today, by the time the man got to his front gate, the sheep were well away. The dust had settled and the sun was low. Everything that stood up in the landscape was golden, with a long cool shadow. He took the pig to the home paddock and rolled it out of the sack. It lay three seconds stupid, then wriggled to its feet. It trotted this way and that, shaking its head, thunderstruck by liberty.

The chooks were coming in for the night. When they ran across the pig, they cackled and flew like windblown dishcloths all over the yard. The man knew from long experience that chooks were creatures of habit. A novelty bigger than a worm pissed them right off. It pleased a chook to observe each day regressing to the mean.

The man gave a laugh as he watched the pig and the chooks. He was pleased to have something different. He wasn’t a chook. He had been educated before falling on simpler times. For him, routine was comforting, but a moment of difference every day was a relief. The tension in this truth was like the hill and the valley.

The shithead neighbour’s dog came round the house and shoved her nose into his face. The man knew what was coming next. He could already taste the whisky of the night, with both comfort and regret. 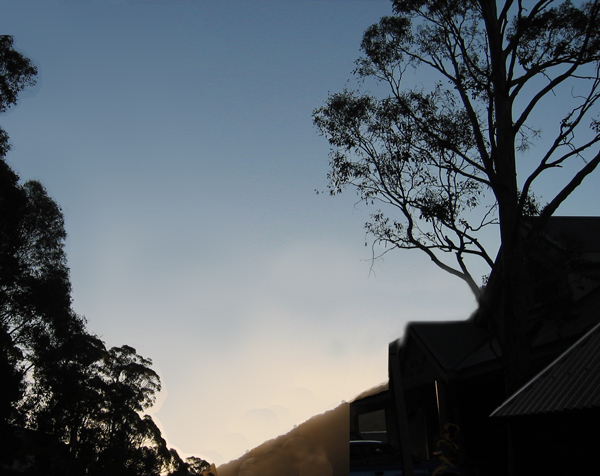